A Foreign Language -
is your new outlook on life! 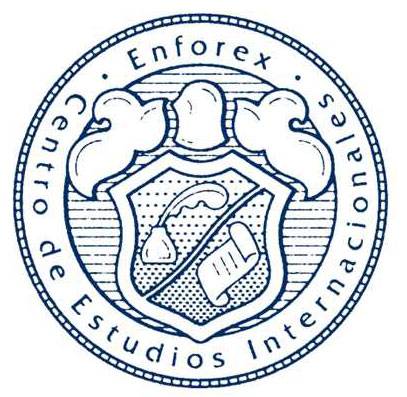 7% DISCOUNT FOR ALL COURSES

Book through "Terra Study" is more profitable than directly at the school.

During 20 years we have sent more than 5000 students to learn languages or continue their studies abroad.

THE LARGEST SELECTION OF LANGUAGE SCHOOLS

STILL HAVE ANY QUESTIONS? CALL US!

Living in Salamanca is like being transported to another era: the entire city center is plastered in golden, historic buildings dating as far back as the 13th century, the moment of ascendancy of a place that for the rest of the second millennium would feature as the most distinguished university town in the entire peninsula. To this day, Salamanca counts among the most reputed learning centers in the country, which, in turn, explains the huge concentration of students (roughly 30,000 of them) in what is otherwise a relatively small city (roughly 150,000 people). Enjoying the best of both worlds, old and new, our students will be able to take advantage of our many amenities, such as a fully equipped computer lab with free Internet and wireless connection throughout the building, spacious sporting areas and communal rooms where to carry out their research, relax or socialize, all within the unique environment of a historical building. Furthermore, the archeries around the courtyard, and the yard itself constitute a remarkable sample of traditional religious architecture, which, in turn, was often adapted in civil constructions in Spain, where the internal patio and the corridors around it that link it to the building provide a constant source of fresh breeze and a sheltered area where to enjoy the best of the weather. With 30 classrooms, and as many as 60 during the summer months, the Enforex Spanish School in Salamanca is constantly servicing a large community of students from all over the world, who come to Salamanca lured by the deep-rooted tradition of learning that exists in the city, such that a melting pot of cultures, traditions and languages brews spontaneously, allowing our students to learn much more than just grammar and pronunciation: a spell in Enforex Salmanca is much more than a language course, it is a lesson for life!

The Intensive & Super Intensive Courses are the classic Enforex programs. You will work on every language skill plus learn about Spanish language cultures with 5 extra linguistic/cultural workshop per week (+5). These workshops and conversation classes cover various aspects of Spanish & Latin American culture and civilisation and include workshops of Culture, Press, Cinema, Creative Writing, Pronunciation, Gastronomy, Folklore, Games, Conversation and many more. The Intensive program is available at all 6 levels, with each level divided into subgroups to make sure you’re placed exactly where you should be.

This long duration Intensive, Intensive+ or Super Intensive+ Spanish immersion course allows you to improve your language skills with the added advantage of becoming thoroughly acquainted with Spanish life and customs. This program provides you with an extended period time during which you will be participating in day-to-day activities with native speakers while growing increasingly aware of Spain’s current cultural, financial and political situation, both domestically and in relation to the rest of the world.

Do you want to acquire Spanish skills to last a lifetime? Are you interested in using Spanish in your academic or professional career? If so, the Semester or Academic Year program is your best bet. By the end of the program, you will vastly improve your language skills, as well as possess an in-depth understanding of Spanish culture. Minimum duration is 24 continuous weeks (6 months).

One on One Spanish Course

Tailor-design the best curriculum for your needs and desires! If you want to optimize your study time and enjoy a fully personalized method of teaching, this course is the best option.

The minimum duration is one 55-minute class per week (except in Málaga, Cádiz & Tenerife) and you can decide the schedule and content of the program. Within a short period of time, you will begin to learn Spanish through an individualized course of study in grammar, speaking, listening, reading, writing and vocabulary.

The DELE (Diploma for Spanish as a Foreign Language) is the only official certificate for foreign students recognized by the Instituto Cervantes. This diploma is an invaluable asset for students who wish to study at Spanish universities or would like to work in a Spanish-speaking country.
This course is designed to prepare you to pass the DELE exam at any of its 6 levels.

This course is specifically tailored to the needs of students who are looking to study at University in Spain, who need to improve their level sufficiently to be able to study both effectively and competently and who require assistance with their University application.

The 6 or 9-month course, 24 and 36 weeks respectively, is available at different locations across Spain with 20 Spanish lessons per week along with 5 cultural lessons, allowing the student to have a well-rounded knowledge of Spain and its unique culture as well as the written and spoken language. Cultural lessons can vary from art to literature and history to cinema to truly open up Spanish culture to students.

This special University Placement program is available to both those with a knowledge of Spanish and those who are beginners to the language and Enforex will assist you in your application to study at a Spanish University, whether your choice be a public or private University in Spain.

Our Academic Spanish Courses are designed for students who have already reached an intermediate to advanced level of Spanish and can express themselves comfortably in everyday situations.

The literature, history and art courses are complemented by extra-curricular activities including visits to museums and other cultural centers, always accompanied by an ENFOREX instructor.

The earlier you start learning Spanish, the better! We encourage students as young as 5 years old to come discover Spain and take a Spanish immersion course.

These programs offer the unique opportunity for youngsters to expand their cultural horizons and get on the road to becoming bilingual.

The demand for learning Spanish has more than doubled in the last 10 years and in 15 years there will be 500 million Spanish speakers in the world. As a result, business negotiations and trade agreements in both hemispheres hinge more and more on the economic importance of Spanish. It is now one of the most prominent languages in international business and political meetings and is an official language in the EU, MERCOSUR, UNESCO, the UN, GATT, ONUDI & U.I.T.

Additionally, the increasing number of Spanish speakers in the U.S. has made it crucial to a variety of professions. Spanish teachers are evermore highly valued and sought-after, while medical professionals face the need for Spanish to communicate with patients on a daily basis.

For all of these reasons, Enforex offers a variety of Spanish Courses for Professionals designed to help you use Spanish in your career. You'll improve your general Spanish skills and, at the same time, acquire the vocabulary and cultural knowledge necessary to feel comfortable speaking and writing about all kinds of professional topics.